S-23 exhibits a marked affinity to specific androgen receptors. S-23 attaches to these receptors more strongly than other compounds such as Andarine with a Ki of 1.7nM.

It was observed to spontaneously produce a good ratio of anabolic to androgenic impacts and dose-dependent suppression of spermatogenesis in animals even after cessation of supplementation. S-23 is a substance that falls under the class of compounds known as SARMs. It is quite popular in gym circles and bodybuilders frequently buy S-23 SARMS for sale as it not only contributes towards building lean muscle mass but also helps reduce fat amongst other benefits such as increased sexual desire. However, it has recently gained popularity due to its label as a potential male contraceptive. Buy S-23 SARMs capsules dosage after doctor prescription.

If your shipment seized (International Orders), we will provide a 50% discount applicable on your next purchase. Please contact us for more information.

Also you can have the product you bought from us tested at any HPLC licensed testing facility still if the results are negative, we will refund the following:

Research and studies are being conducted on S-23 on its potential usage as a “male pill” and animal studies so far have led to positive results.

S-23, as stated above, is a SARM which stands for Selective Androgen Receptor Modulator, and these are substances that specifically target the androgen receptors of the body, and lead to increased muscle gains, higher metabolism and strength, weight loss, fat reduction as well as improved bone strength, reduced muscle wastage and more. S-23 was initially created by modifying a pre-existing SARM called C-6 and making it more effective and efficient. Now, S-23 is recognized for its high affinity for androgen receptors and great results, with low side-effects. This is primarily why many people are looking to buy S-23 SARMS as an alternative to the S-4 SARM, also referred to as Andarine, as S-23 doesn’t have the night vision problems of Andarine.

S-23 is a Selective Androgen Receptor Modulator or SARM, and it is a form of a compound that mimics or replicates the performance of testosterone in the body and consequently leads to effects such as increased levels of lean muscle mass, higher fat loss, enhanced metabolism, and more. Compared to steroids, SARMS tend to have much lower side-effects as they target androgen receptors specifically, whereas steroids target the entire body. Thus, S-23 affects muscle and bone tissue selectively, with little to no effects on the prostate, seminal vesicles, and more. S-23 has been developed from an older and pre-existing SARM supplement named C-6, by alternating the para-nitro group present in the C6 to a cyano group. Studies showed that while C-6 had a 76% bioavailability, S-23 capsules has a 96% oral bioavailability, which refers to the percentage of the dosage taken that reaches the required area of action.

S-23 is currently being researched as a potential male contraceptive, as it suppresses two key hormones - FSH and LH, both of which are responsible for sperm production. In studies conducted on male rats, S-23 reduced the sperm counts of the rodents, which led to a full or 100% infertility rate. However, as soon as the dosages were stopped, the sperm counts went back to normal and pregnancies arose at a normal rate again, thus proving that the contraceptive effects of S-23 are temporary. At the same time, studies also showed that the effective dosage of S-23 that can serve as birth control is incredibly narrow, as high doses can have an opposite effect and lead to increased sperm count, which was noted in the rats as well. Despite that, people may buy S-23 SARMS Capsules For Sale USA and in other countries as a contraceptive soon.

S-23 is known for contributing towards the development of lean muscle mass in the body, where studies conducted on rats showed that upon receiving doses of S-23, body mass and fat levels decreased. It was also able to increase muscle mass and go above the effects of estrogen substances that are known for causing muscle loss. Research also showed that S-23 increased bone density, and can be used as a treatment for weakened bones and osteoporosis, a bone affliction that affects postmenopausal women and leads to weakened and brittle bones. S-23 also increases female sexual desire and boosts libido, without harming the uterus.

The S23 SARM dosage to be taken will depend on the specification and instructions laid down by your doctor or a licensed medical professional. Do not attempt to consume any amount of S-23 without prior consulting with a doctor.

However, the general dosage of S-23 which is usually consumed falls between a range of 10-30 milligrams per day. Dosages above 30mg showed to have diminishing or lowered effects and the SARM failed to be as effective.

Side-Effects and Precautions of S-23

The potential side-effects of S-23 that you may experience include the following:

Pregnant and soon to be pregnant women should not consume S-23 in any shape or form, as it may harm the fetus and the barer, and should stay away from it as much as possible, for it has the potential to enter through the skin or lungs. It is also important to consult a doctor or medical professional before starting a cycle of S-23. Do not attempt to take S-23 without consulting a doctor first.

A: S-23 SARM, which stands for Selective Androgen Receptor Modulator, is a substance that affects the androgen receptors of the body and leads to increased muscle mass, higher strength and metabolism, improved bone density, greater sexual drive, and more.

A: No, S-23 will not shut down. Instead, it will impart greater strength and stamina to work out harder and for longer periods. However, it may lead to certain side-effects which is why it is recommended to consult a doctor before starting a cycle.

3. Do SARMS Harm Your Liver?

A: One of the potential side-effects of SARMs including S-23 is that it may lead to liver toxicity, regardless of the dosages.

A: SARMS do tend to suppress testosterone levels of the body, which may lead to a shrinking of the testes. 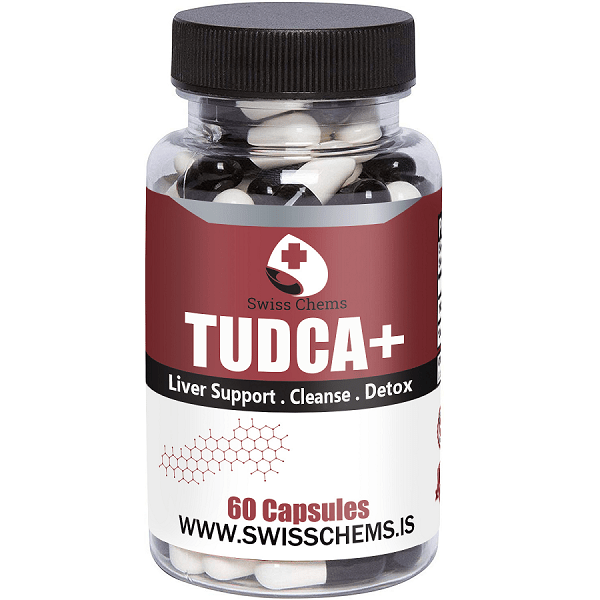 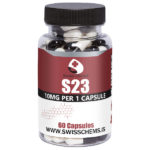