CJC 1295, also known as Ipamorelin, is a synthetic peptide that induces the secretion and production of high levels of growth hormones. It is created by combining over 30 types of amino acids into an analog blend, and it is also referred to as a synthetic growth hormone. CJC 1295 is available in two types: the first form is GHRH, which is a supplement that induces the release of the growth hormone by the hypothalamus. The second form is CJC 1295 with DAC, or drug affinity complex, which is a modified version of the substance. You can take CJC-1295 with DAC dosage in injectable and nasal form.

CJC-1295 with DAC 2 mg should be reconstituted with bacteriostatic water (BAC).

The ingestion of CJC 1295 or Ipamorelin leads to increased levels of growth hormone in the body, without any effect on the levels of prolactin. It also promotes cellular repair and boosts the rate at which cells are rebuilt. It also contributes towards the development and growth of lean muscle mass in the body, promotes weight loss and fat reduction, and increases metabolic behavior and strength.

CJC 1295, commonly referred to as Ipamorelin, is a commonly used peptide. People buy CJC 1295 peptide as it contributes towards the growth of lean muscle mass in the body, and allows one to build a chiseled and sculpted physique when combined with a good diet and regular exercise. Lab research studies have shown that increased secretion of growth hormones which is caused by Ipamorelin leads to increased and faster development of muscles in the body. Ipamorelin, or CJC 1285, also contributes towards weight loss and fat reduction, and wills the body to burn higher qualities of calories. It also boosts the metabolism, which allows the body to convert food into energy at a faster rate and reduces the amount of stored fat content in the body.

CJC 1295 or Ipamorelin has a variety of other aesthetic benefits as well, and another leading cause as to why people purchase CJC-1295 injectable. It combats increased signs of aging and reduces the presence of fine lines, wrinkles, dark spots, and more. It improves skin elasticity and allows one to maintain and enjoy younger-looking skin. The consumption of CJC 1295 can also lead to improved mental health and better quality of sleep. It can lead to higher calcium retention and improved bone density. It also enhances the effectiveness of your immune system, thus enabling your body to fight off diseases and pathogens more effectively. For those who are suffering from amino acid deficiency, CJC 1295 may be of help as it consists of chains of over 30 amino acids.

However, if you buy CJC-1295 with DAC, the average dosage is about 1 to 2mg per week, since it's half-life is more. The dosage cycles vary from person to person, and while for some it may be 12 weeks, for some consumers 2 to 4 weeks should be sufficient. It is suggested here that for beginners, the dosages should be small and the cycles should be short. As time goes on, the dosage and the duration of the cycle can be increased.

CJC 1295 is primarily injected by mixing with .5ml of sterile water and inserting the syringe subcutaneously which means inserting it into a part of the body with greater fat levels, such as the stomach, upper thigh, and more. However, in recent times, Ipamorelin that can be ingested through the nasal passage has also been developed. It is advisable to take CJC 1295 on an empty stomach, about twenty to thirty minutes before consuming a meal or drinking water.

The side-effects of Ipamorelin include a variety of afflictions, including the following:

Initial side-effects that one may face if they buy CJC-1295 online or otherwise, for the first time, include shivers, tingling, head rushes, and more. These are okay to a certain extent and should be generally expected, but in case they are extreme, it is recommended that you consult a doctor or a medical professional immediately.

Pregnant or soon to be pregnant women should not consume CJC 1295 or Ipamorelin in any way, shape, or form, as it may end up harming the fetus and the mother immensely.

A: Within 3 months or 9 weeks into your cycle of taking CJC-1295, you should begin seeing clear results.

A: It is generally recommended by doctor to take CJC-1295 injectable on an empty stomach, 20 minutes before eating or drinking. Although it depends on instructions specified by your doctor, it is suggested to take CJC 1295 in the morning.

A: Yes, several reviews and studies have shown that Ipamorelin does lead to increased muscle, higher metabolism, and fat loss, amongst a variety of other physical and mental benefits.

5. Does Ipamorelin Cause Weight Gain? 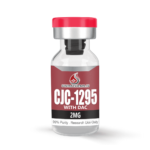