IGF-1 LR3 allows for a number of growth-promoting effects of the growth hormone-insulin-like growth factors otherwise known as IGF. It comprises a family of peptides that play important roles in growth and development of mammals. The long R3 IGF-1 version is importantly more potent than regular IGF-1. Its improved potency is due to the decreased binding of IGF-1 LR3 to all known IGF binding proteins. You can take IGF-1 LR3 in injectable, powder, nasal form please take doctor prescription for IGF-1 LR3 dosage.

The strongest impact IGF has on the human body is its capacity to cause hyperplasia. In muscle cells, proteins and their cell parts are stimulated. Protein combination is expanded along with amino acid absorption. As a source of energy, IGF-1 activates fat. In lean tissue, IGF keeps insulin from moving glucose across cell layers.

IGF-1 LR3 1 mg has to be reconstituted with bacteriostatic water (BAC).

IGF-1 LR3 or LR3 IGF-1, which is also known as Long arginine 3-IGF-1 is a form of synthetic protein that is derived from the insulin-like growth hormones present in humans, also known as Somatomedin. It consists of a 83-amino-acid chain and contains 13 more amino acid molecules in the N-terminus than native IGF-1 along with the presence of arginine instead of glutamic acid. The IGF group belongs to the insulin gene family and is known to contain insulin, although IGF-1 LR3 has a higher growth proclivity than insulin. In the case of IGF1, it's expression is regulated by the growth hormone, while in the case of IGF2, it's biological expression is regulated by the placenta lactogen. However, both IGF1 and IGF2 signal through the tyrosine kinase type I receptor (IGF IR). Mature IGFs are generated through proteolytic processing of inactive precursor proteins. IGF-I LR3 is a recombinant analog of human IGF-I comprised of the complete IGF-I sequence

These unique traits allow IGF-1 LR3, both in nasal as well as injectable form, to retain its pharmacological and medical characteristics and function as a potent IGF-1 receptor, but maintain higher metabolic stability and possess a lower affinity towards proteins that bind to IGF-1 receptors in the body. IGF-1 is a hormonal mediator of natural growth, indicating that in target tissues, the IGF-1 receptors, which are homologous to insulin receptors, are activated by IGF-1 LR3 which leads to intracellular signaling, thus stimulating growth processes and resulting in statural growth.

This substance is still under clinical trials and is only meant for research purposes, not for human consumption. For animal experiments, all studies should be undertaken under the purview of the Institutional Animal Care and Use Committee (IACUC), as per the guideline issued by the Animal Welfare Act.

Lab research studies have propagated that the comparatively higher potency of injectable IGF-1 LR3 is attributed to the decreased binding of IGF-1 LR3 to the binding proteins of IGF (Insulin-like Growth Factor). Such binding proteins generally reduce the efficacy and function of IGF, and by suppressing the binding power of such proteins, IGF-1 LR3 can increase the biological activity of IGF peptides.

IGF-1 LR3 is a potent form of stimuli for internal cell division and cell proliferation, where it affects the tissue of the muscle and the skeleton while promoting increased cell division in organs such as the liver and kidney. It contributes towards specialized cell function through proliferation and differentiation. It is known to lead to mitogenic effects in nanomolar concentrations in "in vitro" cases and promotes insulin-like metabolic behavior in muscles and tissue.

By binding to the IGF-1 and insulin receptors, IGF-1 LR3 promotes increased uptake of glucose and induces an increase in the breakdown of triglycerides and glycogen in cells of the adipose tissues, which consequently results in net catabolism or net energy consumption along with lowered adipose tissue content.

IGF-1 LR3 can also counteract the effects of myostatin, which can inhibit the growth of muscle cells and intensify the effects of those suffering from Duchenne Muscular Dystrophy and lead to greater muscle wastage and increased immobility. The half-life of IGF-1 LR3 can counteract the effects of myostatin and function through the activation of a protein named MyoD. A study in male mice has gone to portray the possible effects of IGF-1 in preventing the future progression and development of dementia, muscle atrophy, and kidney failure through maintenance of brain tissue and protection of cell molecules from cellular damage.

A: IGF-1 LR3 is a long-form synthetic protein, derived from the insulin-like growth hormone present in humans. Lab research studies have shown the possibility of the use of IGF-1 LR3 can increase cell proliferation, lower adipose tissue content, and serve as a treatment for muscular dystrophy.

A: According to dosage studies, an average dosage of 25-30 mcg daily of IGF 1 LR3 can lead to results within 6-8 weeks.

A: IGF-1 LR3 is a research chemical and is still in clinical trials. It has not yet been deemed appropriate for human consumption and hasn't been approved by FDA.

A: By binding to the IGF-1 and insulin receptors, IGF-1 LR3 promotes increased uptake of glucose and induces an increase in the breakdown of triglycerides and glycogen in cells of the adipose tissues, which lowers adipose tissue content. 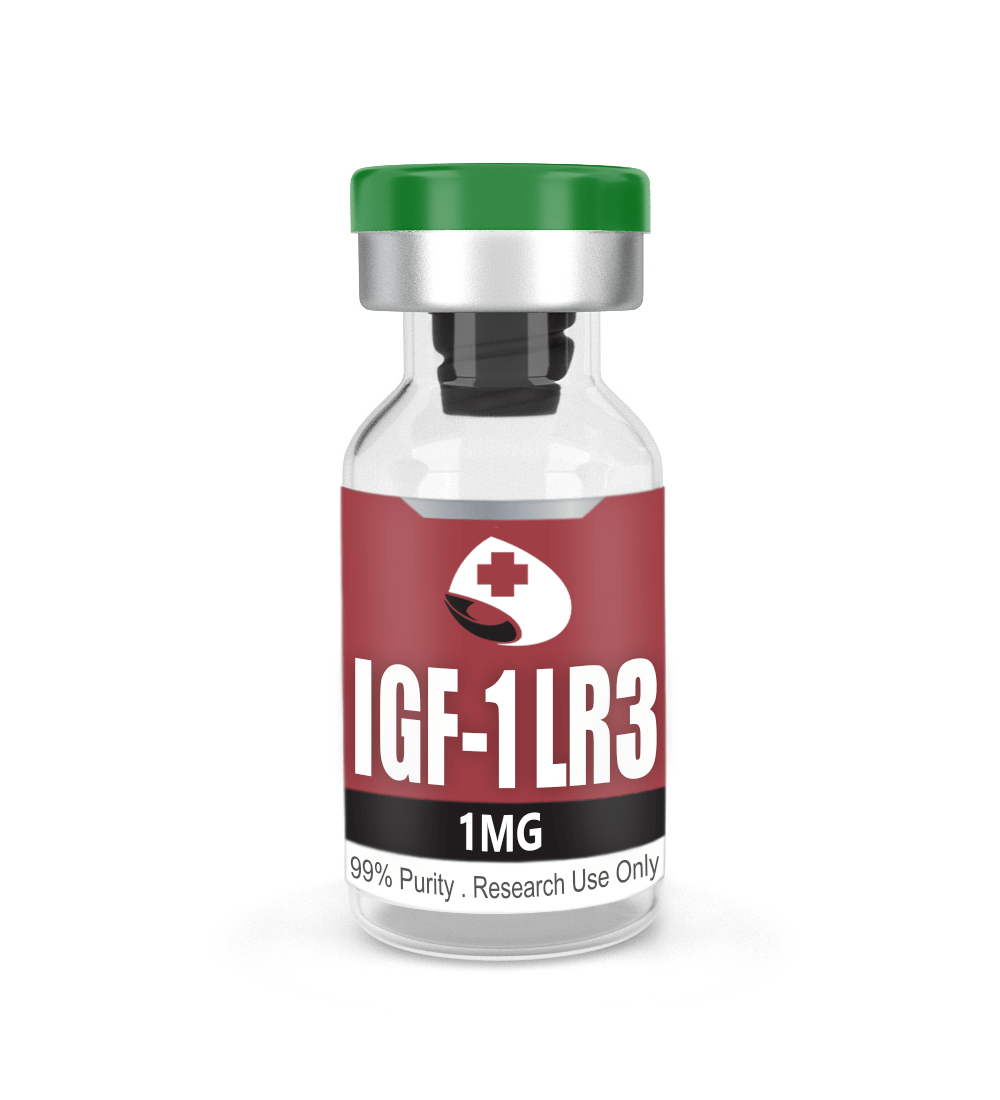 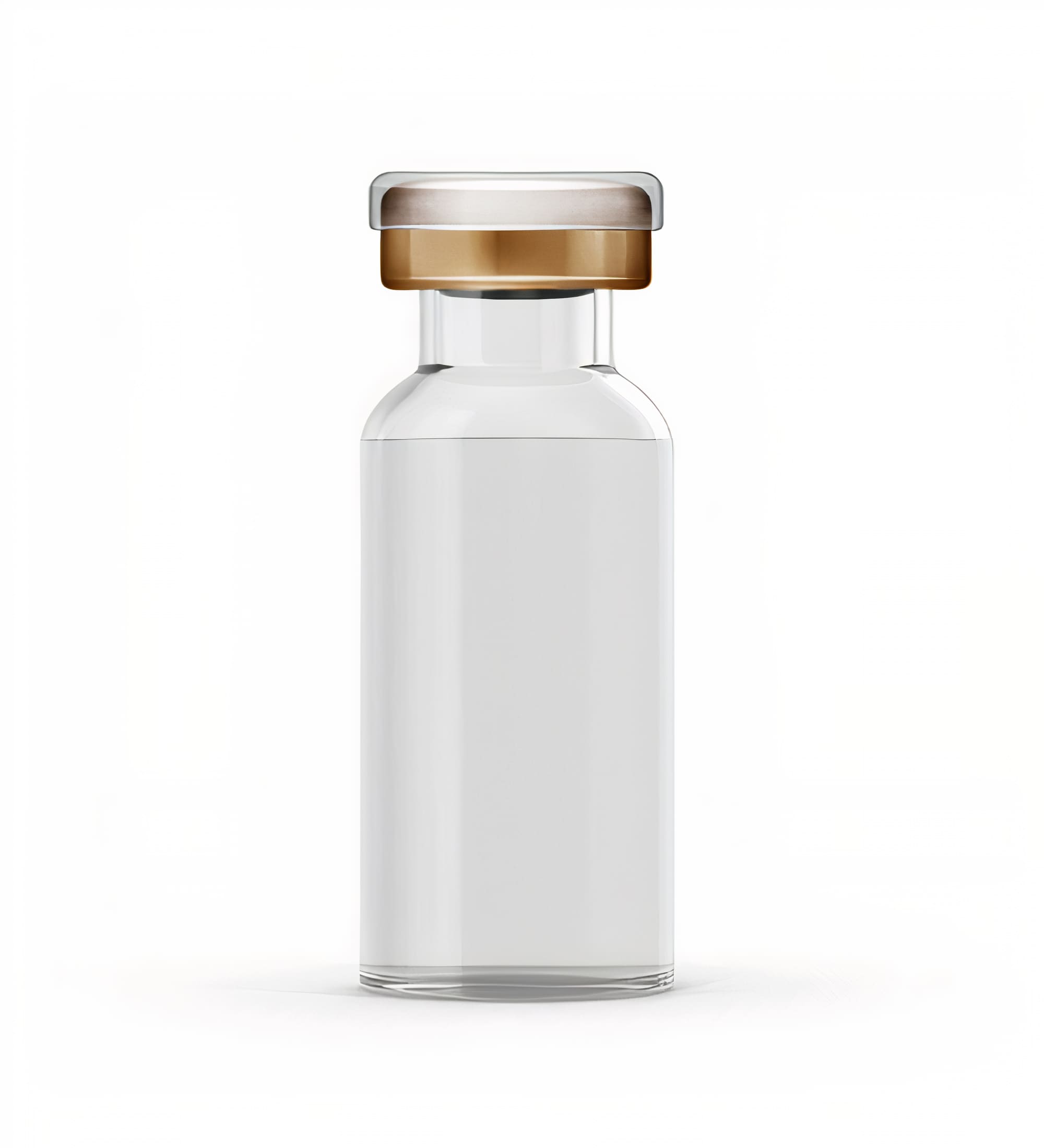 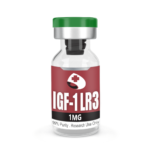