GHRP-2  is an engineered hexapeptide that causes a slight stimulatory effect on prolactin, ACTH and cortisol levels. A secretagogue of hGH, it induces the body to produce HGH which has been associated with decreased weight and adiposity.

GHRP-2 has exhibited extremely viability at animating GH creation in research test subjects. It has a short half-life of around 15 minutes and not longer than an hour after the administration. Please take doctor advice before taking GHRP-2 Peptide dosage and you can take it in both injectable and nasal form.

GHRP-2 5 mg should be reconstituted with bacteriostatic water (BAC).

If your shipment was seized (International Orders), we will give a half rebate pertinent on your next buy. Please contact us for more information.

GHRP-2, which refers to Growth Hormone Releasing Peptide-2, is a type of synthetic peptide that functions as an agonist of ghrelin, a gut hormone that binds to growth hormone secretagogues. Ghrelin is known tk lead to primary effects on the body, namely - stimulation of Growth Hormone (GH) production and appetite stimulation.

Marketed by Kaken Pharmaceuticals, a company based in Japan, this substance is often used as a diagnostic agent for single-dose tests of growth hormone deficiency (GHD). GHRP-2 is commonly referred to as Pralmorelin, Pralmorelin hydrochloride as well as pralmorelin di-hydrochloride.

As elaborated in the earlier segment, GHRP-2 is a synthetic, laboratory-created peptide, which is an analog of "met-enkephalin" and has the following amino acid sequence - D-Ala-D-(β-naphthyl)-Ala-Trp-D-Phe-Lys-NH2. GHRP-2 primarily acts as a growth hormone secretagogue receptor agonist, which implies that it is a G protein-coupled receptor that binds to growth hormone secretagogues of the body, one of which is Ghrelin. The role of such receptors is to maintain body weight and regulate energy homeostasis and are highly expressed in the hypothalamus of the brain, as well as other areas such as the hippocampus, tegmental area, and substantia nigra. It can also be found in the liver, heart as well as in skeletal muscles.

Lab research and tests have shown that acute administration of the GHRP-2 drug can lead to an increase in the levels of plasma growth hormone (GH), which can stimulate cell production and lead to a variety of physical effects including the development of muscle mass and enhancement of the metabolism. It can also increase food intake, and stimulate sensations of hunger, proven by tests performed on healthy human male subjects. GHRP-2 is also under research as a potential treatment and cure for Growth Hormone Deficiency (GHD) and pituitary dwarfism, although clinical trials beyond phase II were halted due to lowered ability of GHRP-2 to increase plasma growth hormone in people suffering from GHD as compared to healthy individuals.

GHRP-2, which belongs to the hexapeptide category, enhances the natural production and secretion of growth hormones, and even a moderate dosage of GHRP-2 is generally accompanied by hydro bodyweight gain. Research tends to indicate the GHRP-2 stimulates the neurons like how steroids tend to do, thus leading to improved muscle mass and increased strength. Subject tests have also gone to show a variety of other effects including decreased stomach fat, increased levels of energy as well as improved sex drive.

GHRP-2 injectable is also known for its cytoprotective effects, which implies protection against possible gastric mucosal injury through methods and processes that extend beyond neutralization or inhibition of gastric acid.

However, in addition to the proven cytoprotective tendencies of GHRP-2, it can also lead to reduced liver fibrotic in duration. An experiment conducted with Wistar rats implies that GHRP-2 may have the possible attenuation of immunoinflammatory mediators, their effector cells, and a reduction of the expression and presentation of fibrotic cytokinesis. The evidence showed that GHRP-2 could be a pharmacologically approachable receptor that could attenuate inflammation of wounds and stimulate the closure, especially accelerating the healing process, to improve wound esthetic.

A study in which a section of healthy human males was subcutaneously injected with GHRP-2 whereas another section was injected with saline, after which their intake of an ad libitum buffet meal was studied. The results showed that those injected with GHRP-2 or Pralmorelin had an increase in the consumption of food, and GHRP-2 may have led to a stimulation in the sensations of hunger. Thus GHRP-2 induces the intake of food and can serve as a valuable tool to judge and investigate the possible effects of ghrelin on the eating and consumption behavior of human beings.

A: GHRP-2, also known as Pralmorelin, can be used for treating growth hormone deficiencies and witnessing an increase in muscle mass, along with better strength, enhanced wound healing, and stimulate hunger and food intake.

A: GHRP-2 can lead to an increase in plasma growth hormone level within 20 minutes. However, to see visible effects, a period of at least 6 weeks is necessary.

A: GHRP-2 and GHRP-6 are similar to a large extent and possess several identical features. But GHRP-2 is more potent and stronger and can lead to the release of more growth hormone.

4. Does GHRP Make You Hungry?

A: Yes, GHRP stimulates the sensation of hunger in your body and increases the intake of food. 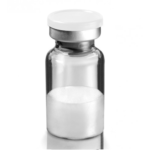