BPC-157 5 mg has to be reconstituted with bacteriostatic water (BAC).

BPC 157 (synonym PL 14736) is a pentadecapeptide. It has the amino acid sequence Gly-Glu-Pro-Pro-Pro-Gly-Lys-Pro-Ala-Asp-Asp-Ala-Gly-Leu-Val. The peptide was developed from a protective protein found in the stomach, the peptide itself is completely synthetic and does not occur in nature. The price of BPC 157 on our website allows you to purchase this product today.

BPC 157 is a peptide injectable dosage that is synthesized in the human intestine to protect and heal the body. The range of his actions seems to be enormous. It speeds up the healing of tendons, stomach ulcers, nerves and muscles. It reduces tolerance to GABA drugs, reduces morphine-induced analgesia, effectively counteracts serotonin syndrome, eliminates dopamine desensitization caused by amphetamine abuse, and it suppresses the 5HT-2A receptor without being an agonist of it (it is believed that overexpression of this receptor) is associated with indeed, it also has an antidepressant effect.

Therapeutically, another striking aspect of BPC 157 is that it has little or no effect on healthy tissue. If you apply it to a healthy tendon, it won't affect it at all. It should not modulate the GABA, serotonin and dopamine systems unless they are already damaged or affected by an exogenous agent.

The fact that BPC 157 interacts with many systems might suggest that it deals with an underlying mechanism that most eukaryotic cells have. It appears to signal cells to begin the healing process and help restore them to an earlier, healthier state.

Research on BPC-157, which began in 1991, has continued without any reported side effects. The exact mechanism of the peptide's activity is unfortunately not known. It is not uncommon for a drug, peptide or compound to target multiple receptor targets. Many drugs do not have targeted effects due to interactions with other receptors. Thus, BPC-157 injectable can target multiple receptors at low doses, and at higher doses, a wider range of receptors.

Study have shown BPC-157 has been used in research studies for the repair of bones, intestines, muscles, teeth, and tendons to name a few. The BPC studies have been performed in-vivo on human subjects and lab rats as well as in laboratory in-vitro. Moreover, test subjects were injected both subcutaneously and intramuscularly.

Thus, the acquisition of the BPC 157 is more than justified.

No. WADA has clarified that BPC-157 is not a prohibited substance at this time. But according to many of the documented studies, BPC-15 nasal can be taken subcutaneous or intramuscular injection once a day, injections is continued until a therapeutic effect is achieved.

A: BPC 157 dosage helps repair and heal muscle and tissues in the body, and can even repair damages caused to the liver and gut. It also improves blood pressure and protects the heart from related diseases. It promotes the development of muscle mass as well.

A: Numerous research and studies have shown that BPC 157 does help the body by healing tendons, muscles, tissues, etc. and increases blood flow, protects organs, etc.

A: BPC-157 is allowed in certain countries, whereas for others it can be a restricted substance. So, it is suggested that you do prior research before.

A: Yes, studies and research has shown that BPC-157 does have a healing and anti-inflammatory effect on muscles and tissues. 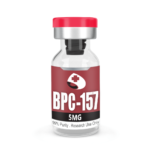